As the first ‘anchor project’ delivered in the rebuild of the Christchurch CBD after the 2010 and 2011 earthquakes, the Christchurch Justice and Emergency Services Precinct will always be remembered as a project of national significance. It is the first multi-agency government co-location project in New Zealand’s history. The forward-thinking design brings together all of the region’s critical services, including the Ministry of Justice, New Zealand Police, Department of Corrections, New Zealand Fire Service, St John New Zealand, and the Ministry of Civil Defence and Emergency Management, to name a few—and accommodates an estimated 2,000 workers daily.

Holmes provided the fire and structural engineering for this innovative new precinct.

Holmes carried out not only the general fire engineering services for the team but also advanced structural fire analyses for the project, specifically the Justice Building. The fire engineering team who delivered the project remained together for the entire five year design and construction period. This continuity of service typifies Holmes’ approach to major projects and allowed the Client (Ministry of Justice) to achieve a fantastic result with continuity of the design and consultancy team.

From a structural perspective, the building has stringent requirements of structural robustness for seismic and fire resistance, due to the Emergency Operations Centre located in the Emergency Services Building – this is the centre for emergency response and coordination in the event of a natural disaster. The design of an Emergency Communications Centre (effectively a nationwide 111/000/911 call centre) was also required to have continuous occupation and operation in the event of a fire within any other part of the building.

A series of advanced analyses using non-linear finite element analysis was carried out by Holmes to test the robustness and stability of the structure in fire conditions. The analysis consisted of 3D modelling of the structural frame under exposure of a realistic fire, looking at its effect on each structural component. Unique and specialist 3D modelling inputs allowed the structural design to be safely optimised, whilst avoiding over-design. The resulting analysis demonstrated that the concrete filled steel hollow section columns and the secondary steel beams did not require additional passive fire protection. This provided significant cost savings for the project through the reduction of passive fire protection to the beams and columns.

This structure needed to not only resist fire but also be immediately operational post-emergency events. As a specialist design and project for Holmes, the technical detail of the fire safety of its smoke control system throughout the five level atrium, through to its specialist structural fire analysis is an exemplary example of how consultancy can be co-ordinated and managed to offer the most advanced fire safety response to serve an advanced function in not only its building design, but its users.

The precinct consists of four, four storey towers supported on a common base isolated podium structure. The base isolated podium we designed aims to mitigate structural and non-structural damage following a major earthquake and ensure continued functionality of the facility. This was an extremely challenging design brief that we were delighted to take on—an important and positive project in Christchurch’s rebuild. 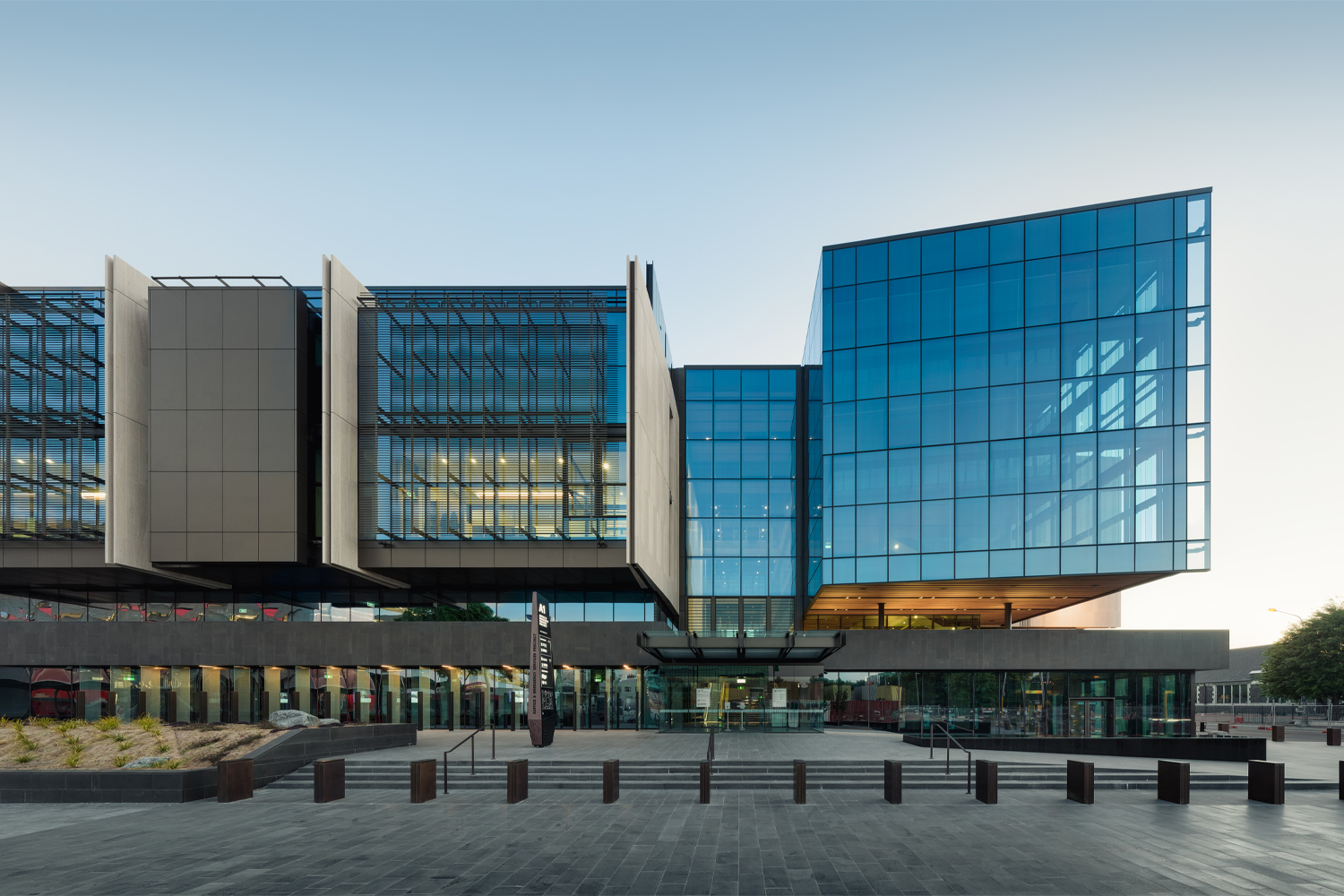 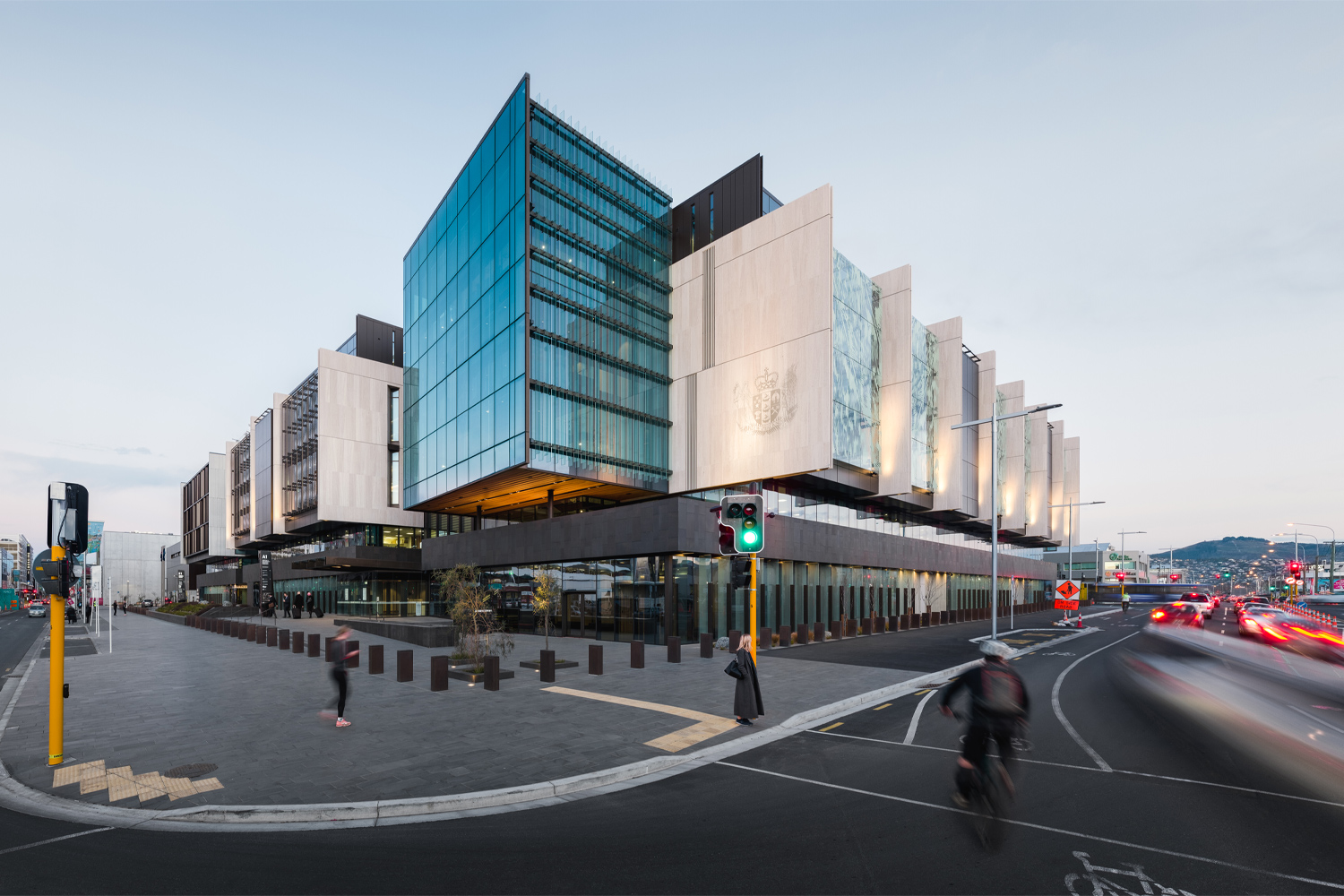 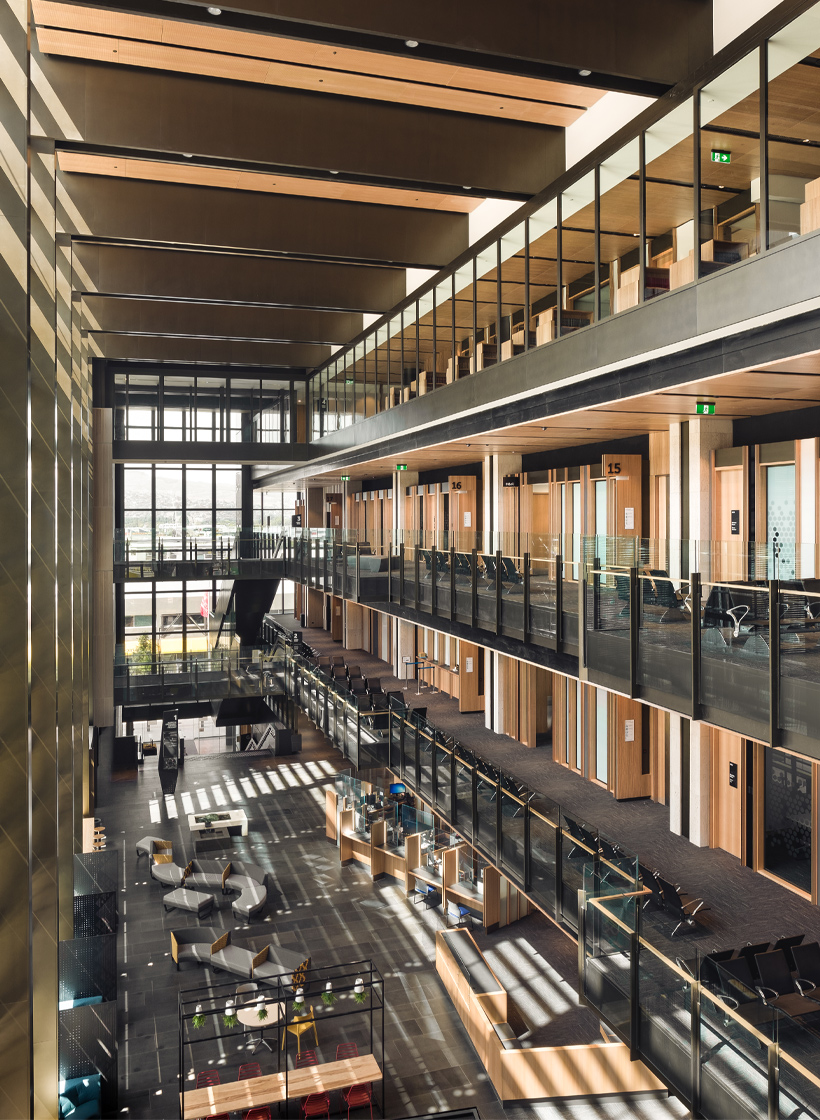 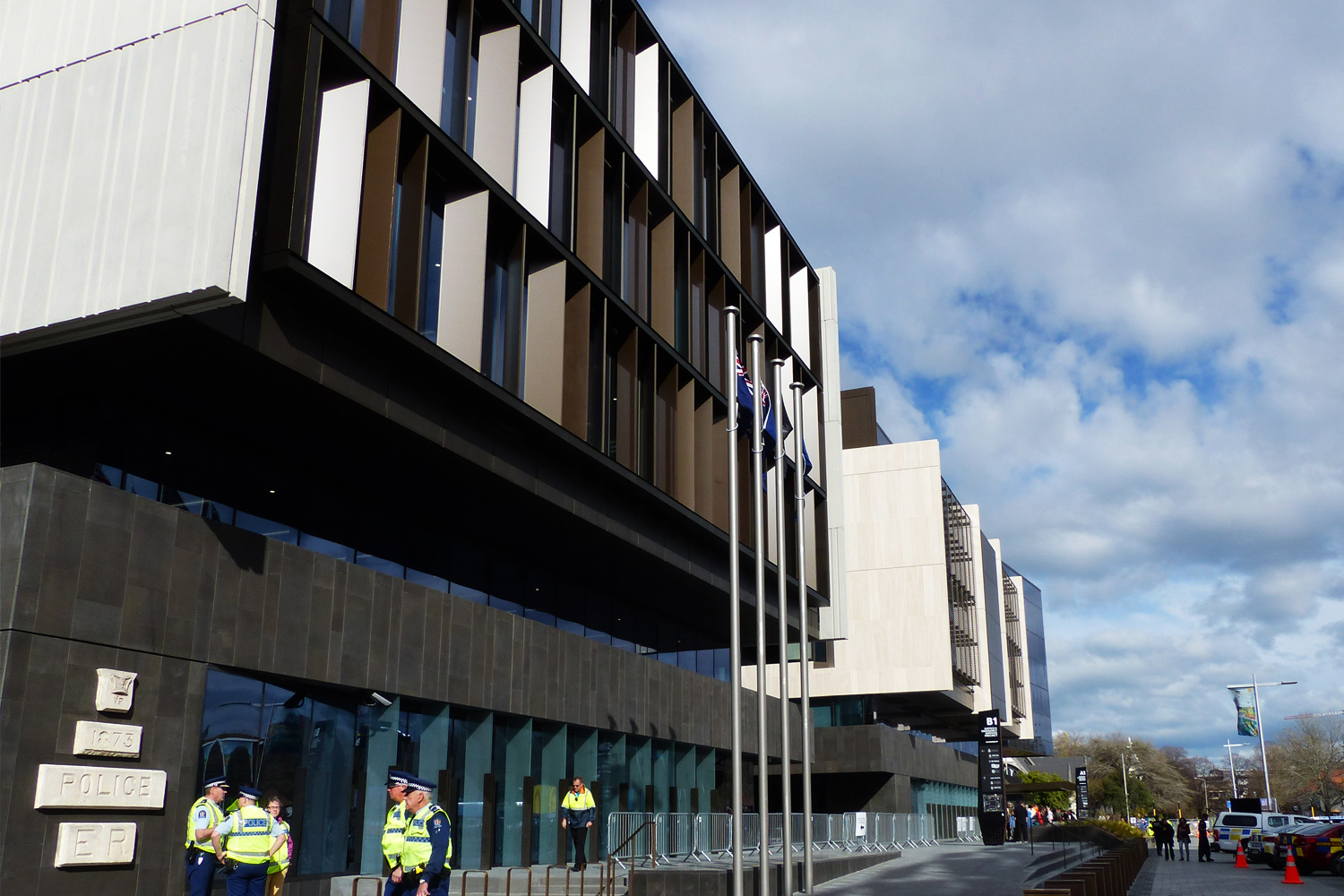 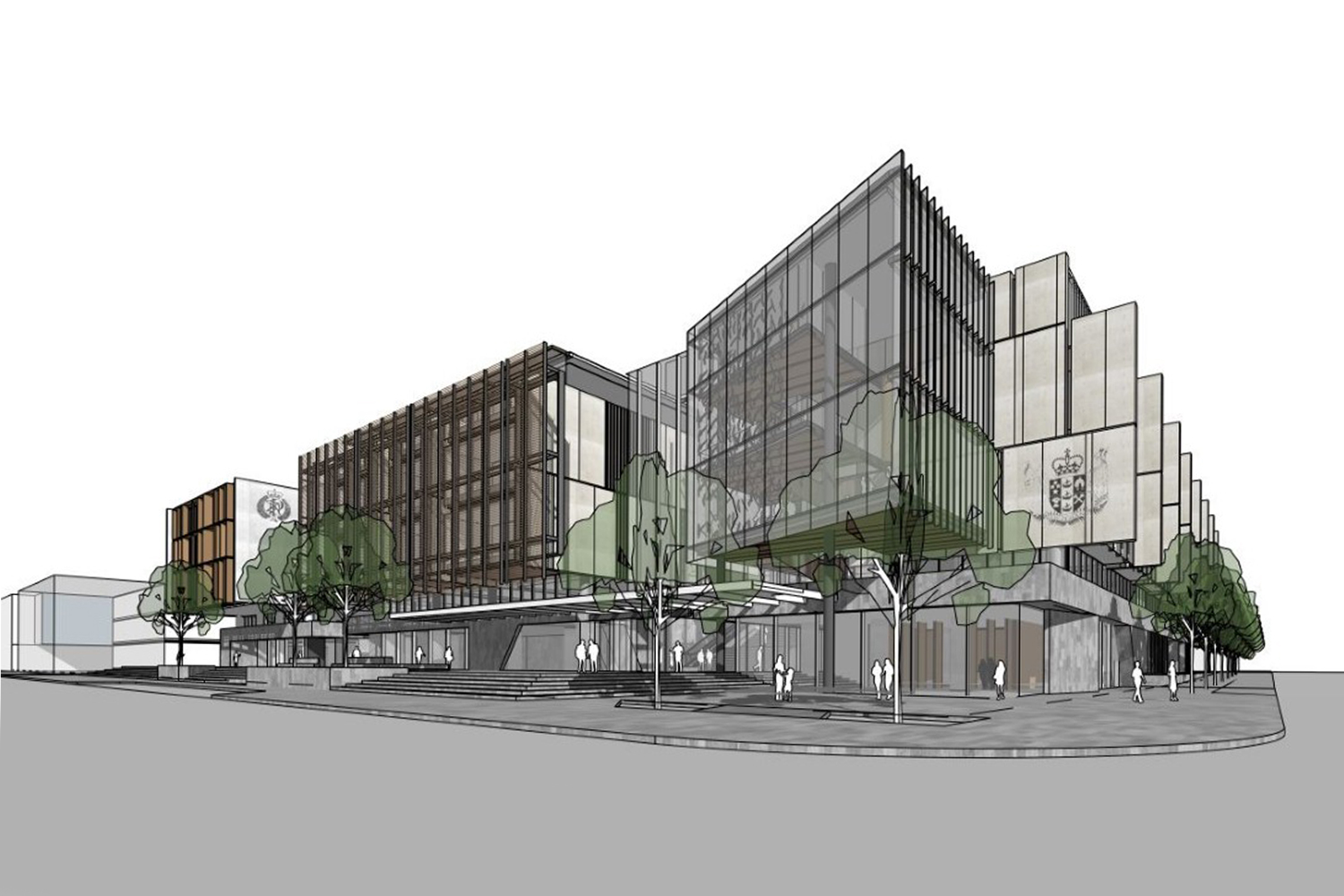 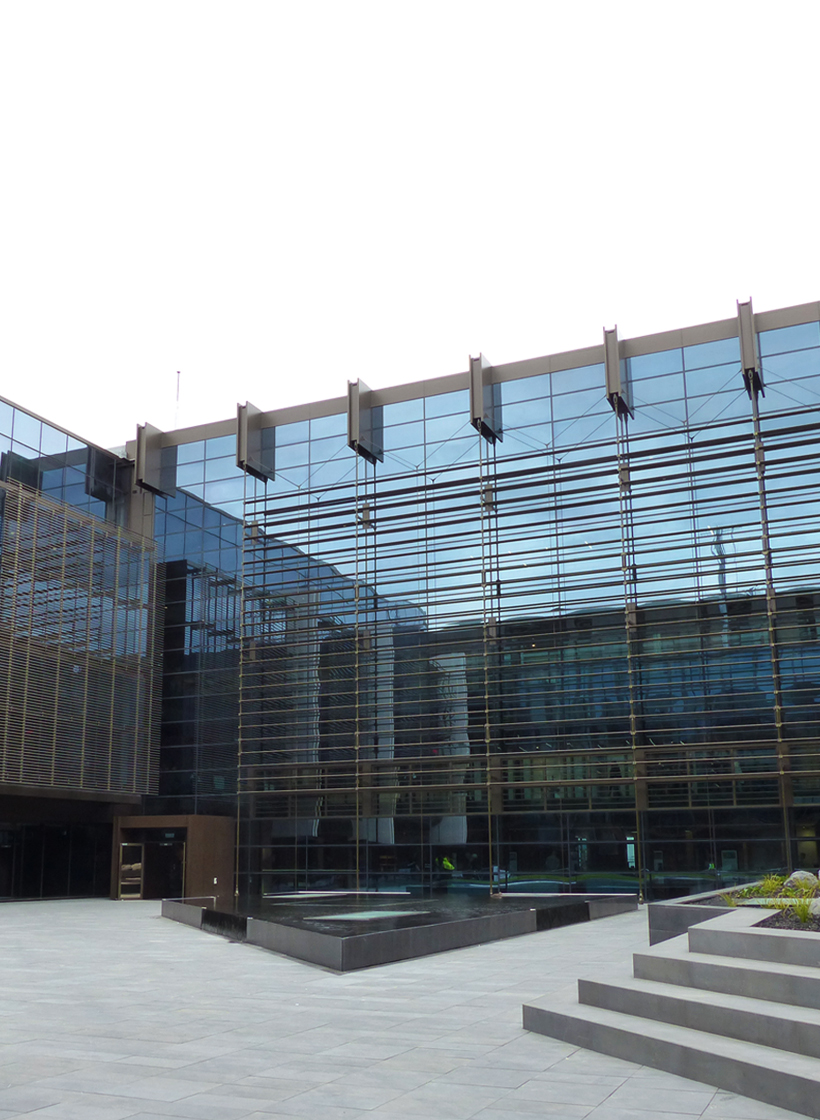 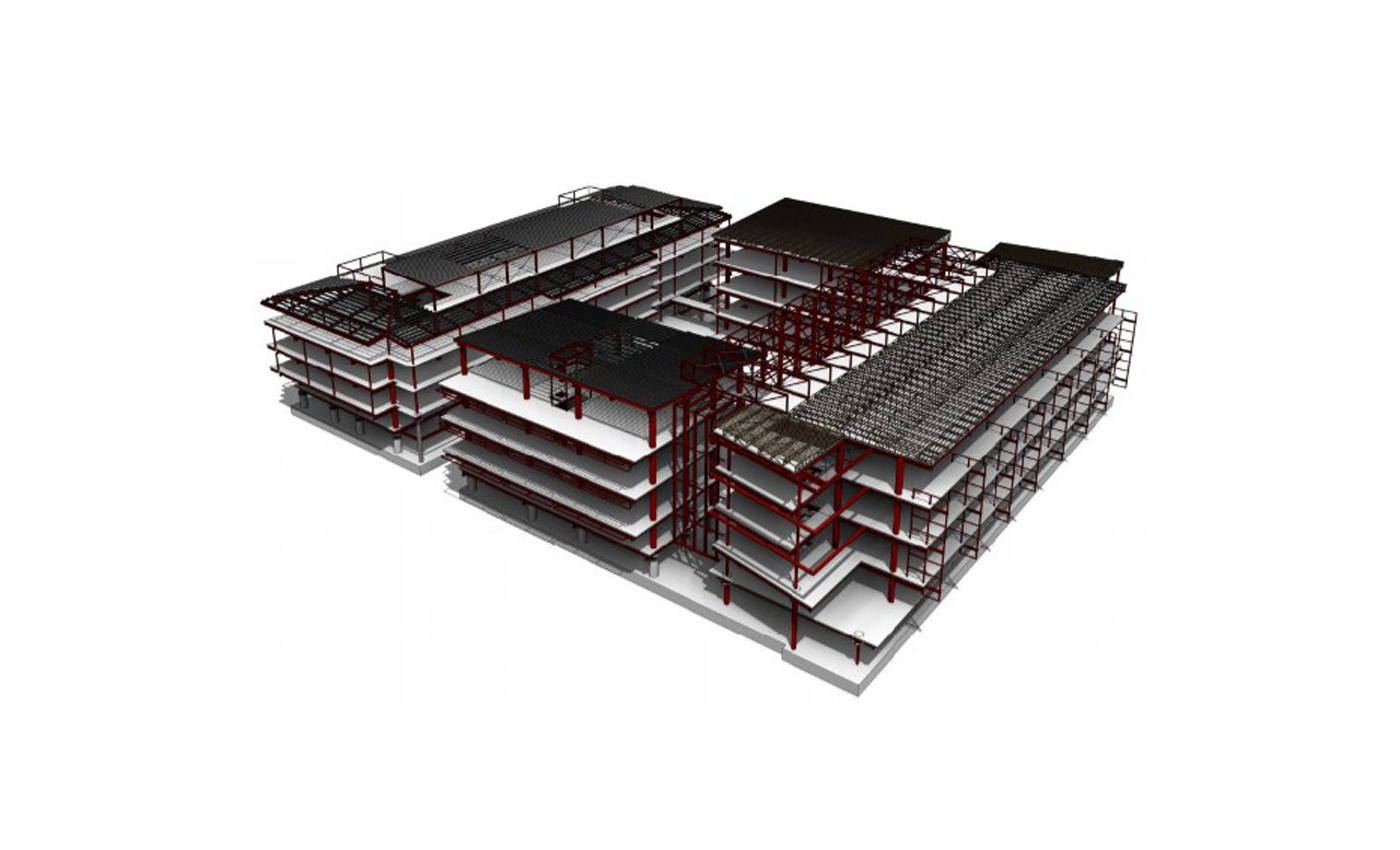 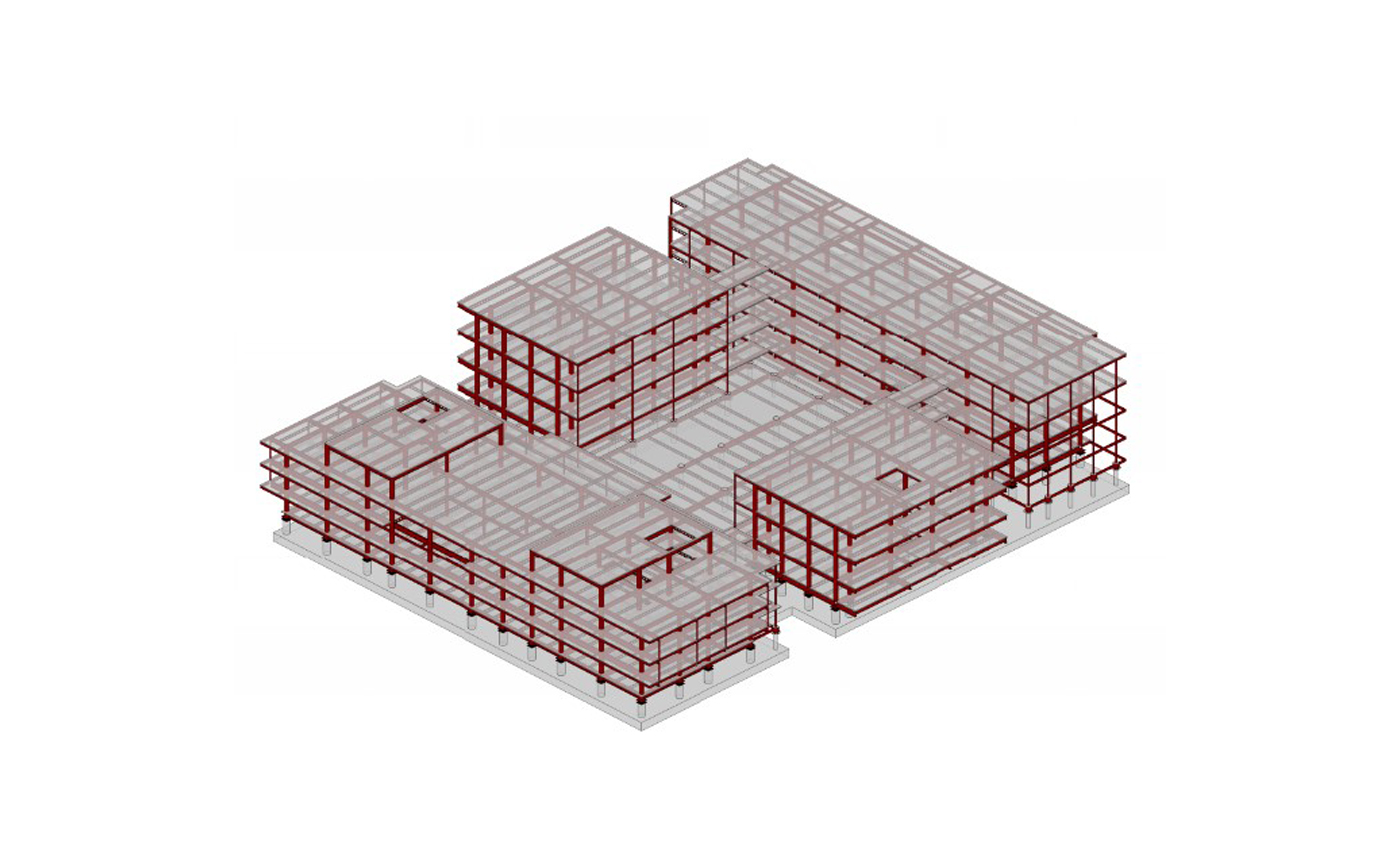 'This precinct is a significant investment in the Christchurch rebuild and by housing all the justice sector agencies and the city's civil defence and emergency management functions in one location it also shows how public sector agencies can work more closely together.'