Mainstay Accommodation, Brought up to Standard.

The Aurora Centre project in central Wellington involved the redevelopment and structural strengthening of Unisys House, the demolition and rebuild of the adjacent Aurora Chambers and a new five storey addition over the existing Aurora Terrace carpark. This existing 20 level building constructed in 1968 was gutted back to its concrete structure and redeveloped along with the construction of a new seismically isolated 9 level building next door. The end result was over 25,000 m² (270,000 sqft) of commercial office, retail and carparking.

The project has provided a structurally robust, functional and compelling new home for the Ministry of Social Development. The redevelopment of the buildings redefines their profile and purpose, including seamless connections between the structurally separate components, creating a cohesive and integrated complex.

22,000 m² (240,000 sqft) on levels 1-19 were occupied by a single Government tenant there was a need to incorporate new internal circulation stairs that linked levels 3-18. The stairs were able to be open across a total of 11 of those levels without the use of mechanical smoke control systems.

The constraints for the existing structure meant a focus of the fire engineering design was to be able to utilise the existing stairs that did not comply in geometry to current Code. Holmes had previously carried out a fully filmed and documented egress study for the building (as part of an employee’s PhD study) which was able to be used to understand how the occupants (over 2000 of them) used the existing stairs under evacuation conditions. This deep knowledge of the building was crucial in developing a solution that satisfied building officials and the Government tenant.

The age of the building meant that at the outset the building sat outside the new-Code standard and on that basis the redevelopment was able to deliver a modern and new-Code-compliant building with substantial fire safety upgrades—a significant and effectively ‘new’ for the building owner.

The development has showcased technical expertise and innovation in engineering design elements. Most notably, the Aurora Centre demonstrates the first use of Fluid Viscous Dampers as part of the seismic strengthening of an existing building in New Zealand. These were used as the primary strengthening mechanism for the 18 storey tower building, and act as shock absorbers to dramatically decrease earthquake-induced motion.

Retrofitting the dampers into the existing tower structure brought it to 90% of the New Building Standard (an A+ seismic grade). In addition to the Fluid Viscous Dampers, our team developed a new concrete encased steel (CES) column assessment methodology to better understand and assess the seismic performance of the existing structure and its interaction with the proposed damper strengthening proposal.

This technically challenging project has resulted in significantly improved buildings, not only in terms of appearance and functionality but also in regard to seismic resilience. 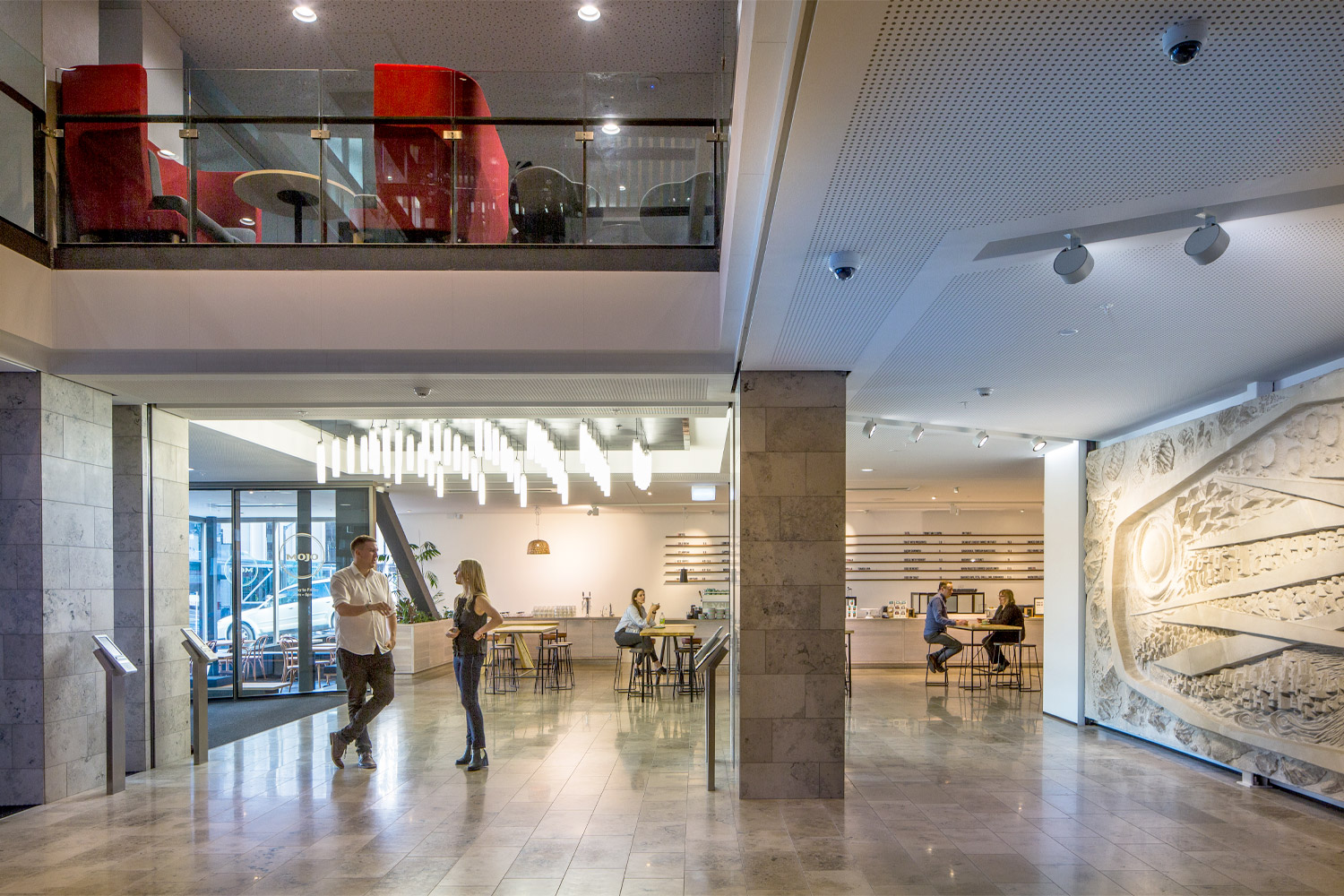 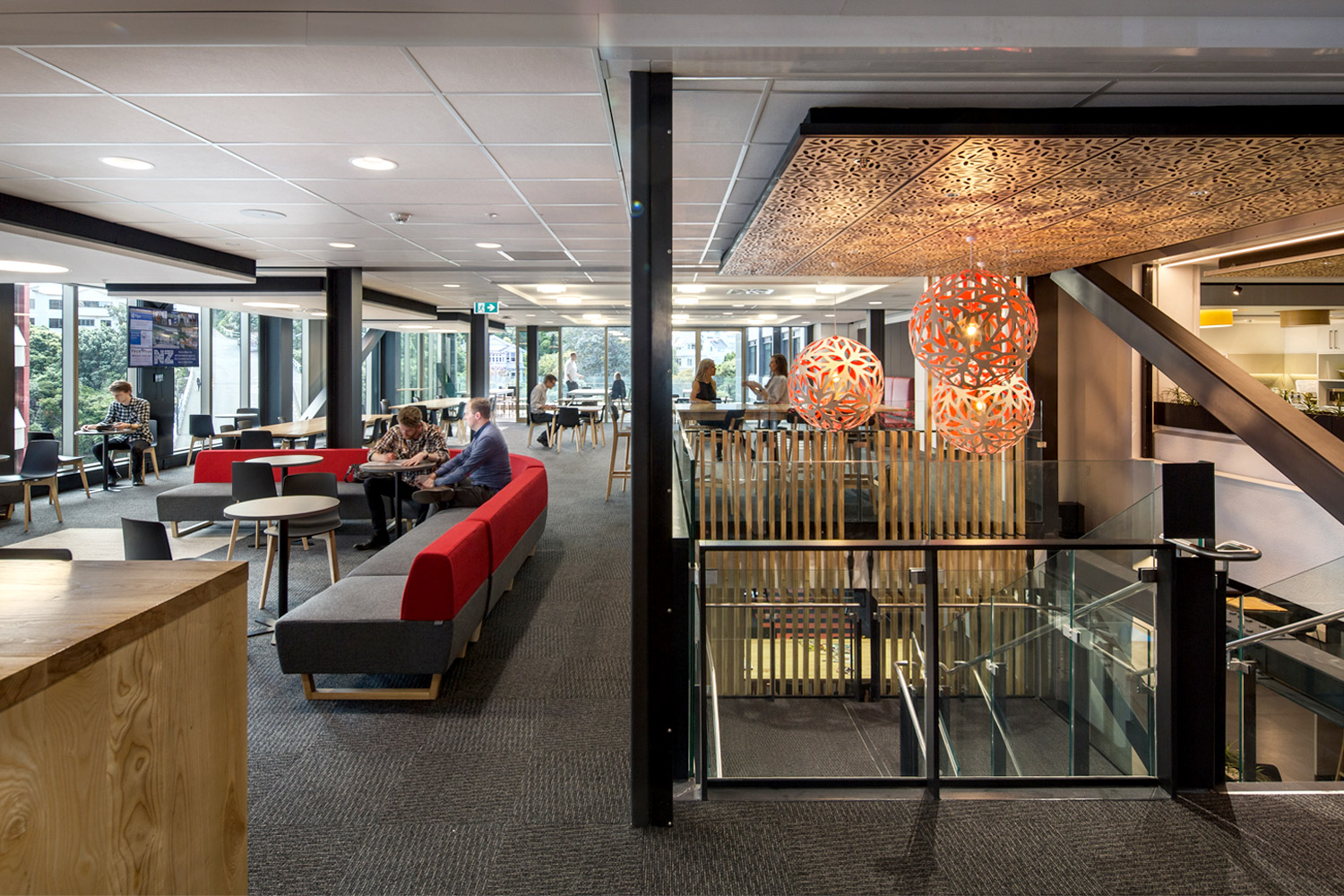 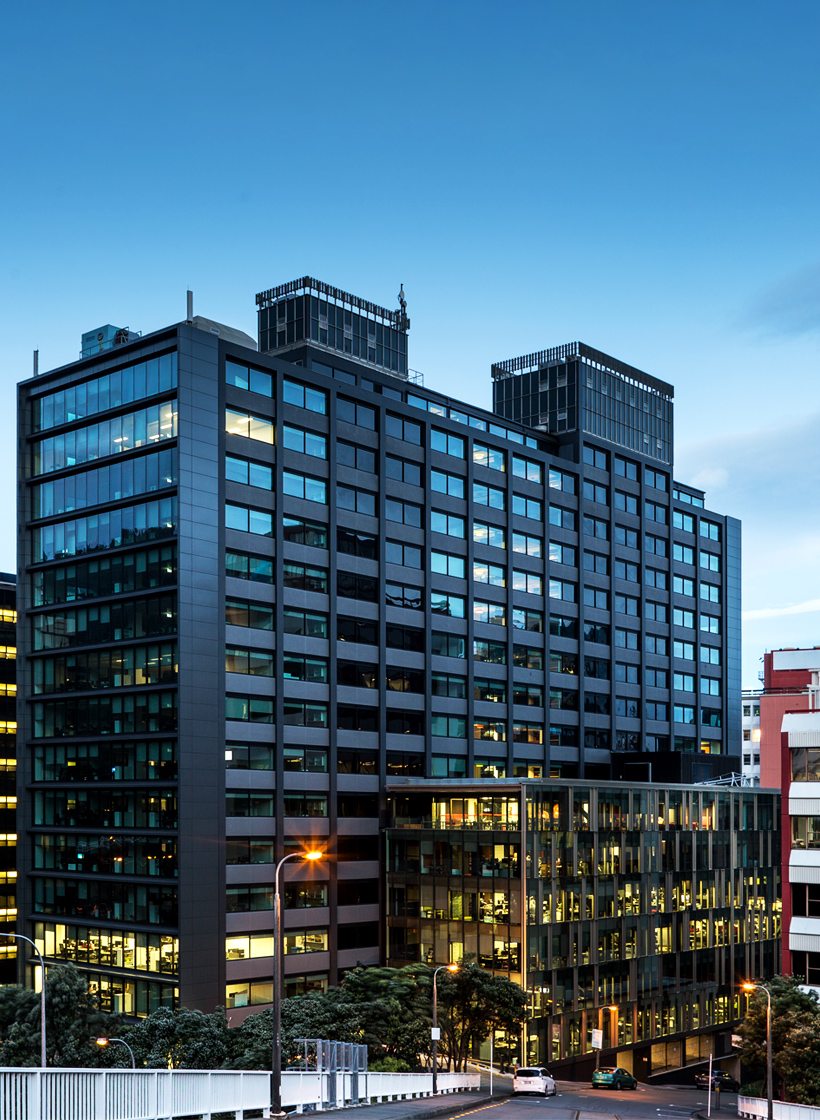