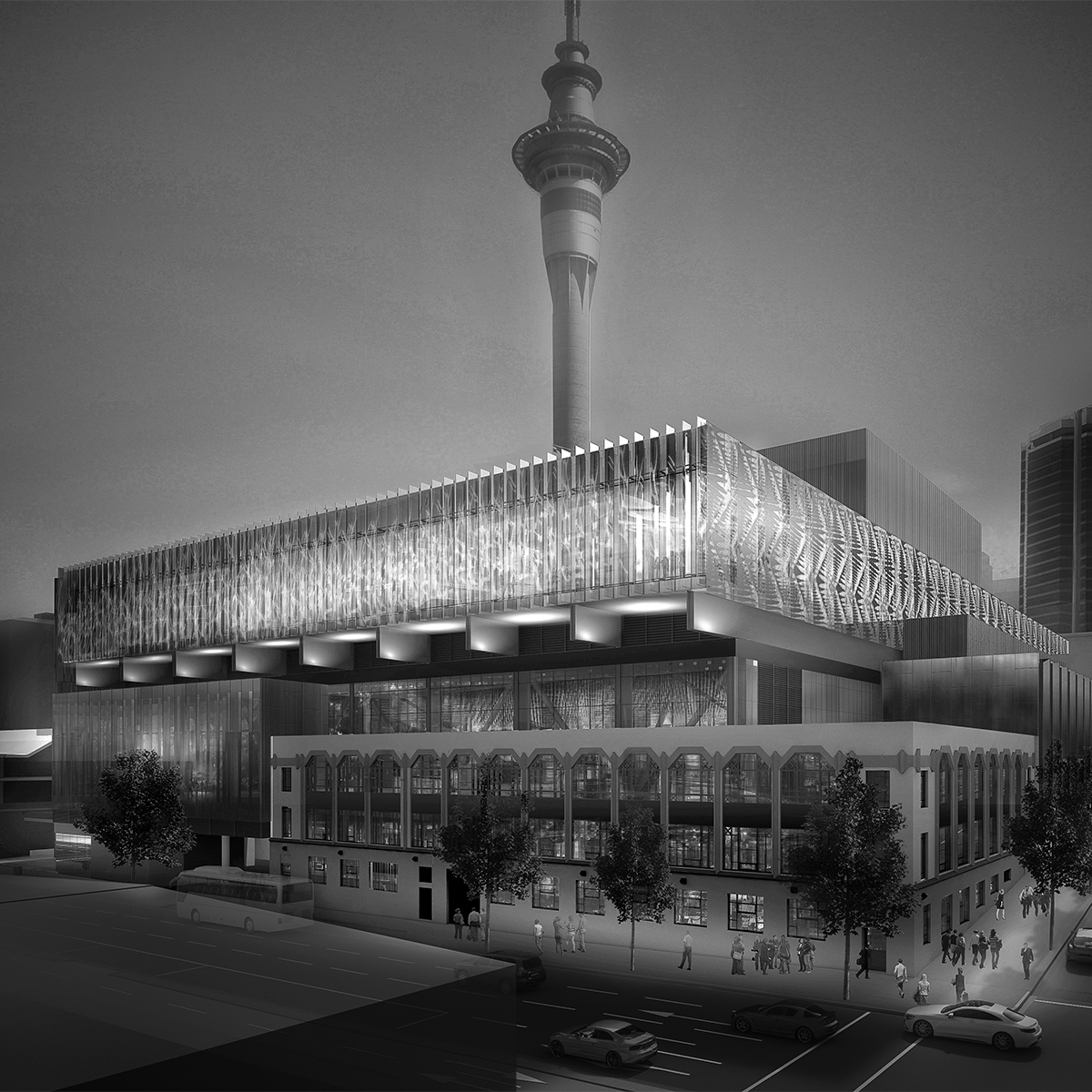 Assessing the Damage to Plan Ahead

On the 22nd  October 2019, a fire broke out on the roof of the New Zealand International Convention Centre (NZICC) building. The convention centre was under construction at the time of the fire, and was nearly completed. The fire raged for two days, spreading and damaging the entire upper roof and the west and east lower roofs. Further complicated by unfavourable weather and strong winds, the fire and toxic smoke required a large emergency service response and led to the shutdown of Auckland’s CBD.

Holmes was engaged to undertake structural fire engineering investigations of the long span steel trusses which supported the roofs. The structural system of the roof consists of a complex three-dimensional interconnected truss system which featured heavy welded structural steel members, spanning up to 40m. Holmes led the structural fire investigation in conjunction with other investigative works by other experts, engineers and consultants, to determine if the roof trusses could still be retained and re-used.

Holmes undertook extensive site investigations to map out the extent of heating of the structure by reviewing video footage of the entire fire, damage observations of post-fire damage and observations of the post fire state of the reactive fire protection coatings. This enabled a detailed “heat map” to be created of the heating of all the roof trusses.

This data was then used to analyse the entire roof structure using an advanced non-linear thermal and structural finite element program, SAFIR. The advanced analysis was intended to replicate the heating and cooling of the entire structure, to analyse the internal forces in the structural members, considering loss of strength and expansion of the structure. This analysis was undertaken to identify which elements would have had their structural capacities exceeded, and to determine where locked-in internal stresses have developed due to the heating and cooling of the fire. The structural fire analysis involved modelling a travelling fire on the roof based on the mapping of the fire locations based on a full time-lapse video footage. 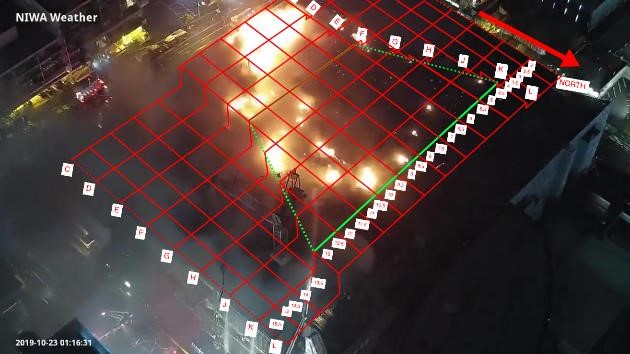 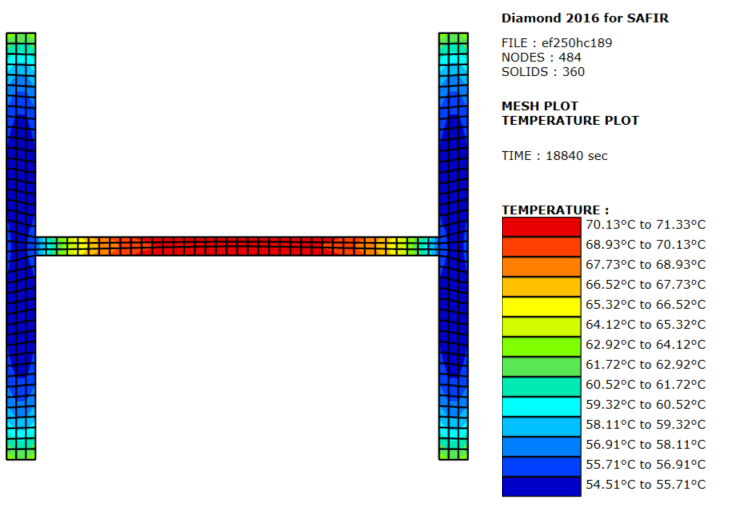 There were significant complexities with undertaking this structural fire analysis, due to the complex design of the structure, the unique fire loading on the structure, and the need to use appropriate material properties to be able to predict the deformations, forces and capture the likely residual locked-in forces after the fire. Numerous studies were undertaken to bound the range of behaviour and results for different parameters such as the range of heating and the effect of different restraint conditions. Critical to the modelling was the representation of the support conditions so as not to over-predict not under-predict the residual forces that could have built up in the structure.

The analyses were able to predict the deformations and deflections consistently with those observed and measured on site after the fire. The analyses also showed areas where significant fire induced residual forces occurred in the structural trusses and provided insights as to how the residual stresses could be relieved. The analyses had also shown that even with the fire induced residual forces present in the secondary and primary trusses of the upper roof, the structure behaved elastically when subjected to the ultimate limit state gravity loads. This was also verified by proof load tests that were undertaken on site with rigs that were built on site around the actual trusses.

As a result of the analysis and proof load tests, most of the steel structure for the roof could be retained and re-used for the reinstatement of the building, thus omitting the need to re-fabricate significant amount of structural steel for the roof. 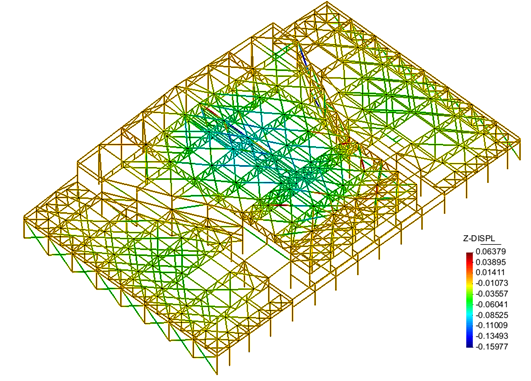 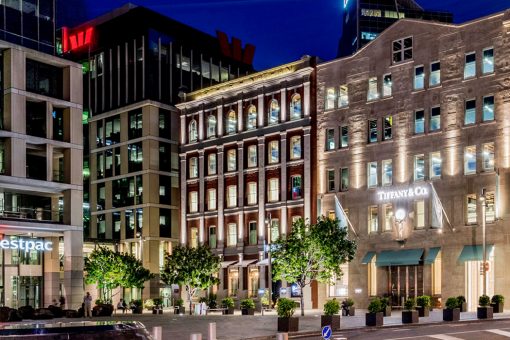 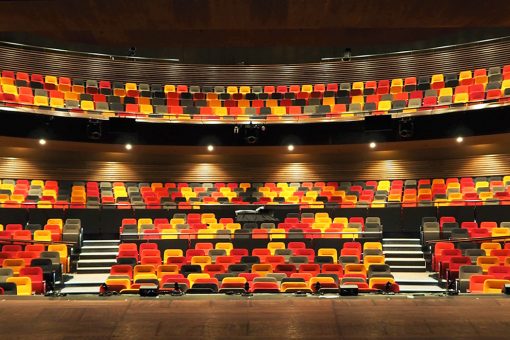 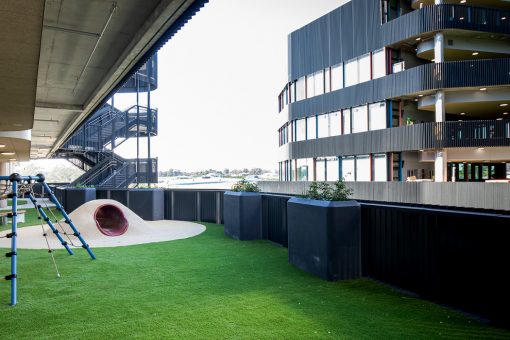 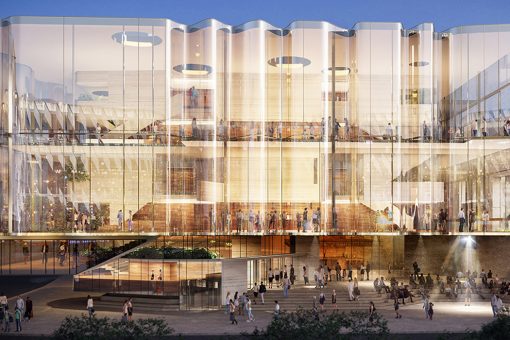